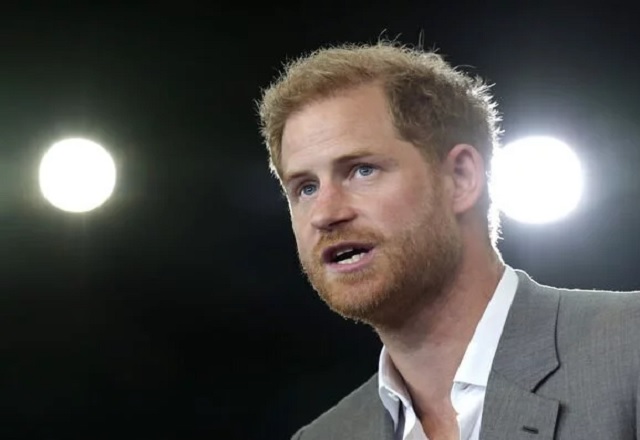 Prince Harry announced he was writing an “intimate” memoir in the summer of 2021. Prince Harry is “tortured” by his book deal as he is aware there won’t be a way back into the royal fold for him if he goes ahead and publishes his bombshell memoir, according to a royal biographer. Tina Brown, author of The Palace Papers, believes the Duke of Sussex is in a “bind” over the memoir he announced in the summer of 2021. Attending the Henley Literary Festival, the former editor of Tatler, Vanity Fair and the New Yorker said: “They are now in this bind, where they’ve taken all this money and Harry has made this book deal where he’s supposed to spill everything about his horrible life as a royal, but now he’s actually tortured about it because he understands there is no way back if he does it. If the book continues, I don’t think there is any way for Harry to return.” Ms Brown added she does not believe the Duke of Sussex will go ahead with releasing the memoir.

She said: “So my view has always been that the book won’t see the light of day. The window is beginning to close but I always thought at some point a deal would be made and Charles would have to pay back the advance to stop Harry writing this book.” Harry announced through his organisation Archewell, co-launched with Meghan Markle in late 2020, he was authoring an “intimate” memoir. The statement, released in July 2021, stated this book would cover the Duke’s lifetime in the public eye, from his childhood to fatherhood. Harry, the statement added, will “offer an honest and captivating personal portrait” to show readers the “inspiring, courageous, and uplifting human story” lying behind what they thought they knew about him. While no further detail has been released since, royal watchers and commentators believe the Duke could launch more damaging allegations against the Royal Family following the ones of racism and neglect raised during his and Meghan’s interview with Oprah Winfrey in early 2021. Reports over the past few months have claimed there are fears Harry could target Camilla, the Queen Consort, in the book, despite the Duke speaking positively about her in 2018, when he said she isn’t a “wicked stepmother” and both him and Prince William loved her “to bits”. The statement by Archewell also added a message by the Duke himself, reading: “I’m writing this not as the prince I was born but as the man I have become. “I’ve worn many hats over the years, both literally and figuratively, and my hope is that in telling my story — the highs and lows, the mistakes, the lessons learned — I can help show that no matter where we come from, we have more in common than we think.

“I’m deeply grateful for the opportunity to share what I’ve learned over the course of my life so far and excited for people to read a firsthand account of my life that’s accurate and wholly truthful. The statement on Archewell still says the book is “set to tentatively release in late 2022” but it has been alleged following the death of Queen Elizabeth II in early September Harry wanted to make changes to edit out some of the most blistering claims against some family members, a move which could push back the publication date to 2023. In the summer of 2021, it was claimed Prince Harry had received a $20million advance payment for the book – a sum never confirmed either by the publisher or by the Sussexes. The Duke pledged to donate the proceeds from to charity. The book is set to be published in Britain by Transworld, an imprint of Penguin Random House UK, in both print and digital format, with an audiobook also promised to be on the way.

The Duke of Sussex would not be the first member of the Royal Family to release a memoir and share insights into life as a member of the Firm. In the 1950s, Edward VIII – who abdicated in December 1936 to marry American socialite Wallis Simpson, released A King’s Story: The Memoirs of HRH the Duke of Windsor, a book which caused a sensation among Britons and worldwide readers. In 1997, Sarah Ferguson, the former wife of Prince Andrew, published an autobiography titled My Story, in which she candidly spoke, among other things, about her struggles when she was a member of the Firm. Most recently, Prince Edward, Duke of Kent, provided an insight into the institution of the Royal Family and some key moments in Elizabeth II’s reign in the memoir released earlier this year titled A Royal Life.