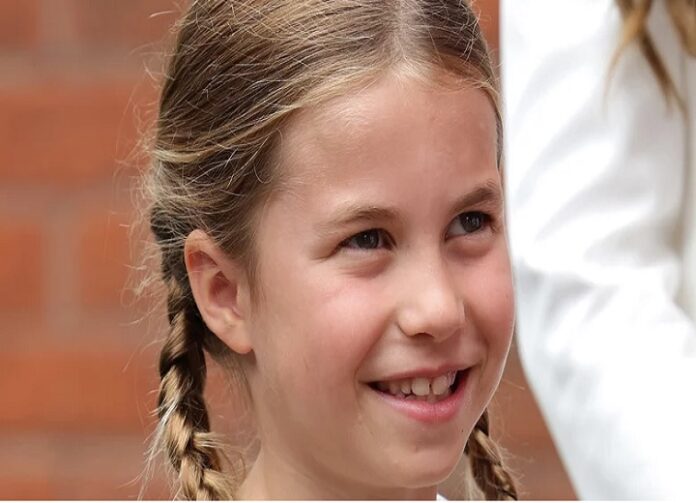 Right before the Prince and Princess of Wales welcomed their second child in 2015, the world was abuzz with speculation about what her name might be.

Most folks in the United Kingdom guessed Prince William and Kate Middleton would call her Alice or Charlotte (via El Paso Times). Other top predictions for the new royal’s name included Olivia, Victoria, Elizabeth, Alexandra and Diana.

When Kate gave birth to the little princess on May 2nd, we all waited with bated breath to find out what moniker the senior royals had decided upon. Two seemingly-very long days later, we got our answer when the proud royal couple released a statement.

Let’s just say the name the new parents selected both delighted and surprised odds makers, and held so much more meaning than we ever could have guessed.

Two days after the birth of the second child of the most famous royal couple in the world — remember, the baby arrived before Meghan Markle and Prince Harry were vying for royal fans’ attention — we learned of the princess’ name.

“The Duke and Duchess of Cambridge are delighted to announce that they have named their daughter Charlotte Elizabeth Diana,” a statement said in part, with the new parents of two going on to share, “The baby will be known as Her Royal Highness Princess Charlotte of Cambridge” (via Mirror and CBS News).

Charlotte Elizabeth Diana is of course now known as Charlotte Princess of Wales following the Queen’s funeral and her grandfather and yes, namesake, becoming monarch.

But what exactly is behind the first and middle names of the royal who is currently third in line for the throne? It turns out the answer is: quite a lot more than one might even realize at first blush.

The name Charlotte is not as straightforward as you thought

As the Princess of Wales admitted during an October 2022 visit to Royal Surrey County Hospital, naming her second born child was not as easy as fans may have believed.

Amy Stubbs, a deputy director of midwifery to whom Kate Middleton confided, told People about the names of her kids, “She said they were their favorite names and that obviously the world was waiting for them to name their children — and that felt like quite a big pressure!”

Despite having been under the scrutiny of the world, we’d say the Prince and Princess of Wales did a great job with naming their daughter. Heck, the name Charlotte Elizabeth Diana received the blessing of the Queen and the now-King at the time (via Vanity Fair).

The true meaning behind the child’s first name is believed to have to do mostly with the King, her grandfather, as Charlotte is the feminine version of Charles (via Romper).

However, the name Charlotte could actually have more significance beyond paying homage to the current monarch and head of the royal family.

Princess Charlotte’s name may also honor Kate Middleton’s younger sister Pippa — the one who rose to fame when she acted as the royal’s maid of honor at her 2011 wedding. The little girl’s aunt’s full name is Philippa Charlotte Middleton (via Hello!). To be fair, the Princess of Wales has never confirmed any link between her daughter’s name and that of her sister.

It’s also worth considering a link to royal family members of the past. Princess Charlotte of Germany married Britain’s King George III in 1760 and became Queen for many years (via Royal.uk). Their son was King George IV and he counted 14 other children as his siblings, including, incidentally, a Prince William and a Princess Charlotte.

So, at the end of the day, Charlotte could have been picked based on more than one factor. When it comes to the middle names of the princess, however, the significance of those monikers seems pretty straightforward. That said, the names Elizabeth and Diana were chosen for very specific reasons and may even contain eyebrow-raising hidden messages.