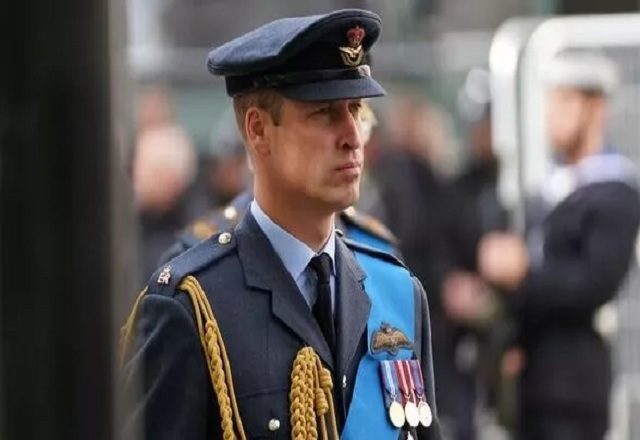 When Trystan Gruffyd from Pontypridd, Wales, listed a petition titled: “End ‘Prince of Wales’ title out of respect for Wales”, on Change.org, he didn’t think it would gain much traction. Perhaps a few signatures from friends and family who may come across it on Facebook and offer their support. He listed the petition immediately after the new King Charles III, who had held the Wales title since 1958, passed it on to his son, William. Two weeks on, the petition had attracted more than 36,000 signatures. The number accounts for just one percent of Wales’ population, but Gruffyd believes his campaign has sparked a national debate about the space the Prince of Wales title occupies.

He told Express.co.uk: “Simply, I think it undermines Wales and its status as a country. It undermines devolution, Wales’ national parliament that wasn’t even notified about the decision [to pass the title on].

“A lot of people have come to understand the symbolism and what this title might mean for Wales since the Queen passed away, and they now understand the power it still holds.”

William and Kate this week made their first visit to Wales since assuming the roles. They stopped first in Anglesey in the north of the country — the place where they made their first home after their 2011 wedding — and later travelled south to Swansea. At each location, they were met by thronging crowds hoping to say a few words and have their pictures taken.

The rules of hereditary monarchy mean that at some point in the future, the Wales title will again be passed on to William’s son, Prince George. He will similarly pass it on to his child, and so on. But in the wake of the Queen’s death and the watershed moment it represents, questions are now brewing about the relevance of these titles, what they represent, and whether there is still a place for them in modern society. A Meeting with Mark
On receiving the title, Prince William, in a phone call with Welsh First Minister Mark Drakeford, pledged to serve Wales and its people with “humility and great respect”, telling the Welsh Labour leader about his deep affection for the country.

Drakeford received William well, but his comments before the phone call, when the title was passed over, hinted at a niggling sense of exasperation. In an interview with Radio Cymru, he made it known that he “hadn’t heard anything about it before the new King said it.”

On the streets of Cardiff, a similar grievance is echoed: Some people complained to Express.co.uk that they were not asked about whether they wanted William as their new prince. The event has opened a dormant wound in the country, one previously thought to be extinct. The legitimacy of the Wales title has not been questioned with such ferocity for hundreds of years.

An afternoon spent in the Welsh capital — the same day that Kate and William were doing the rounds in Anglesey and Swansea — found a mixed bag of opinions about the new Prince of Wales and the Royal Family. Some, like Andrew Morgan, 59, who has worked all his life for his family’s butchers in the city’s historic market, had no qualms with William being handed the title. But, he said: “We should’ve been asked. They make decisions without even contemplating what people in Wales think. Whether you’re a royalist or republican it makes no difference. We should have had a say.”

Several others shared similar feelings, like Sarah Powney, 56, director of the Naked Vegan bakery. She agreed with Andrew, but also questioned what a say in the matter would have even looked like: “What would the outcome of it be? Would we be happy? We’re damned if we do, damned if we don’t.”

But others, like Elizabeth, 60, a lifelong Plaid Cymru voter, said she was happy with William’s new role, and that the royals had been a force for good for Wales: “There’s been huge change and an influx of prosperity with the Wales title and the name of the person who holds it.

“I didn’t want a say in the matter. I’m quite happy with it. I’m Plaid, I speak Welsh, but I still think he should’ve been made Prince of Wales.”

They are all sentiments that will likely be explored by Theo Davies-Lewis, a Welsh columnist, in his November lecture, ‘William: The Last Prince of Wales’.

While Davies-Lewis said he understood why many people thought the speed at which the title was passed over was “insensitive”, he did not see a way around it: “It would leave the Royal Family extremely vulnerable to having politicians or public figures criticising their place in modern Wales, and stirring the republican cause, over a prolonged period.” A Forgotten Royal Family
Before the 12th century, the Prince of Wales title was held by members of the various Welsh royal dynasties.

Its first holder was Gruffud ap Cynan, also known as the King of Wales. As the title was passed down, England was at the same time suspended in a period of flux.

The Norman conquest had put the country under foreign rule, and so came with it a new line of royals from what is today northern France. They were hungry for more land, and turned their attention east, where the last remnants of a Celtic tradition held out.

Several offensive missions on Wales by the Normans had failed, and by 1264, as Llywelyn ap Gruffydd was made Prince of Wales, the country had been completely unified.

But then came King Edward I, who in 1277 sent a brigade of 15,000 men to capture Wales and extend the monarchy’s power. It would prove successful and Llywelyn met his demise at the Battle of Orewin Bridge in 1282.

While accounts differ, one claims he was betrayed by the English after being called for talks in Edward’s camp and murdered on crossing enemy lines.

He met the guillotine and his head was paraded through London, it later being impaled on a spike in the Tower of London. His brother, Dafydd ap Gruffydd, took the princeship but was shortly executed on the orders of Edward after being captured in Shrewsbury in 1283.

Dafydd was dragged through the town’s streets behind a horse, then disembowelled and symbolically made to watch as his innards were thrown into a fire. He became the first person known to be killed by hanging. It marked the end of Wales’ tradition of native princes and the country’s independence. In the 700 years since the title of the Prince of Wales has been held by a royal from outside the country.