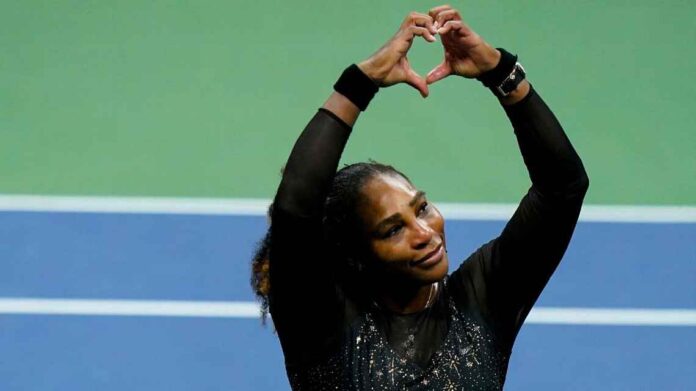 Nearly a week has passed since the conclusion of a stunning, defining US Open. The tarps covered the courts. The engravers etched new names on the championship trophy, and one word — evolution — wafted high in the air above the rest.

In a city transformed, the tournament cautiously peered out from the pandemic’s shadow. Roger Federer, Novak Djokovic and Rafael Nadal, the kings who have held the game tightly in their grip for nearly 20 years, were nowhere to be seen on the final weekend.

The combined ages of the two champions, 19-year-old Carlos Alcaraz and 21-year-old Iga Swiatek, equaled that of the dominant narrative figure of the fortnight: Serena Williams. The adjectives served as tributaries emptying at the same place: At long last, tomorrow had arrived.

I hadn’t covered a live sporting event since 2019, hadn’t covered the US Open since 2016 and hadn’t seen Serena win a major here since 2014, when she beat Caroline Wozniacki for No. 18, joining Chris Evert and Martina Navratilova as the gold standards of American tennis during the Open era. Serena had just told the world in early August that she would “evolve away from tennis” after the Open.

Out of curiosity and nostalgia, I arrived in New York and set up shop at the Grand Hyatt on 42nd and Lexington, long the Midtown epicenter of the tennis world during the Open, famous for being the first real estate renovation project of Donald Trump when he gutted the old Commodore Hotel and reopened it as the Grand Hyatt in 1980. Before the pandemic, it had been the official hotel of the tournament, buttressed by other hotels — the Marriott East Side, the Roger Smith, the InterContinental and the legendary Waldorf Astoria.

Affiliated with the tournament, it housed tournament-goers and provided chartered bus service to the grounds at the USTA Billie Jean King National Tennis Center.

The Hyatt’s vast lobby was legendary, bustling with professional players, juniors, coaches and executives, with that special New York murmur — “Isn’t that Andy Murray?” Because it was also the team hotel where every MLB team stayed when they came to play the Yankees or Mets, for the two weeks of the Open the hotel crackled with the triple energies of tennis, baseball and New York City, the way the city crackles like none other when something big is going on. It was a tennis lover’s dream.