Queen Elizabeth refused to have a photo taken of her first meeting with her great-granddaughter, Lilibet, over the weekend of her platinum jubilee, The Daily Telegraph reports.

The Duke and Duchess of Sussex took their two children, Archie and Lilibet, from the US to attend the celebrations marking the queen’s 70-year reign.Lilibet met the queen for the first time at Winsdor Castle on Thursday.Prince Harry and Meghan’s daughter turned 1 on Saturday. She was born in the US and had not visited the UK before last week. 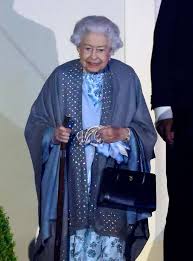 The Sussexes had hoped to bring a private photographer to capture the first meeting between the monarch, whose family nickname is Lilibet, and her great-granddaughter.But their request was turned down, it is understood because the occasion was considered to be a private family meeting.

There were also fears that any photos of the queen and Lilibet taken by the couple’s photographer would be shared by them with US TV networks, according to The Sun.Prince Harry and Meghan kept a low profile at last week’s platinum jubilee celebrations and did not take their two children to any public events.

They attended a thanksgiving service at St Paul’s Cathedral, the couple’s first public royal event since they turned their backs on Britain two years ago.After the jubilee celebrations were concluded on Monday, the Duke and Duchess released two photographs of Lilibet to mark her first birthday.

One image showed the little girl in the grounds of Frogmore Cottage, their Windsor home.The photograph was taken by Misan Harriman, who attended the small party with his wife and children.The Duchess of Sussex holds daughter Lilibet while posing with friends and children. Courtesy @misanharriam TwitterMr Harriman has taken photographs of the family of four in the past, and was recently seen enjoying the Invictus Games with Prince Harry.

An extra photograph, taken in black and white by Mr Harriman and posted on Twitter, shows Lilibet being carried by her mother, posing alongside his family.