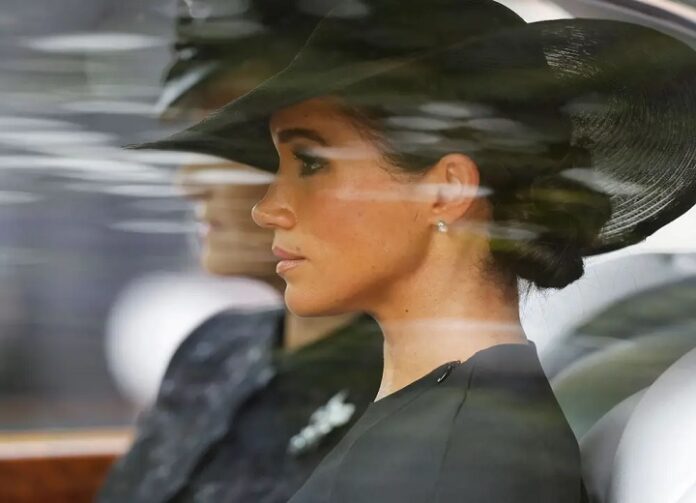 Meghan Markle accused of having ‘resumed’ hostilities against the Firm already. Meghan Markle has allegedly started her ‘hostilities’ with the Royal Family ‘yet again’ since its ‘all about Meghan Markle’.This claim has been made by royal author Tom Bower, in his interview with Page Six. He began by highlighting how the “hostilities have resumed” between Meghan Markle, Prince Harry and the rest of the Firm. He was even quoted telling the outlet, “It was all about, we’re back now on course to build Brand Meghan and the book, the Netflix series, the podcast.”“Everything is money.

And to their advantage, they were in the public eye for seven days during the funeral or more, every day they were filmed.” Especially in light of how “They were shuffled off to a window upstairs and hardly seen [at the Platinum Jubilee].” “You know, she has really got one interest and that’s Meghan and the casualties are the Royal Family and as far as she’s concerned, that’s terrific.”