Queen Elizabeth celebrated more than one important milestone over the weekend!In addition to her Platinum Jubilee celebrations, her great-granddaughter and namesake Lilibet marked her first birthday.

On Monday, Meghan Markle and Prince Harry shared a new photo of their daughter, who turned 1 on Saturday. The photo was taken during Lili’s birthday party on Saturday at her family’s U.K. home, Frogmore Cottage, which is just half a mile from the Queen’s home at Windsor Castle. The photo was taken during a casual, intimate backyard picnic at Frogmore Cottage to celebrate the birthday with close friends and family. Photographer Misan Harriman, who also captured Meghan and Harry’s maternity photos while they were expecting Lili, got behind the camera for the shotLili appears to have inherited her father’s trademark red hair and curious eyes!

Lili is named for the monarch, whose childhood nickname was Lilibet. During a conversation with the Queen, Harry “shared their hope of naming their daughter Lilibet in her honor,” a spokesperson for the couple previously told PEOPLE. 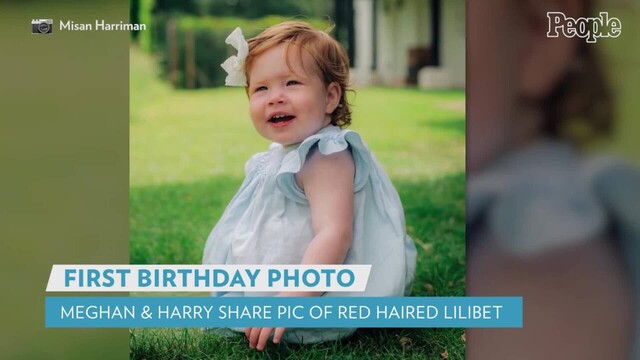 “The Duke spoke with his family in advance of the announcement, in fact his grandmother was the first family member he called. He shared their hope of naming their daughter Lilibet in her honor during that conversation. Had she not been supportive, they would not have used the name.”

The name Lilibet was lovingly used by Queen Elizabeth’s father King George VI, who once said of his two daughters, “Lilibet is my pride. Margaret is my joy.” It was a pet name used by other family members, most notably her late husband Prince Philip, and it is thought her elderly cousins like Princess Alexandra still use the name.

Lilibet, whose full name is Lilibet Diana Mountbatten-Windsor, is also named after Harry’s beloved late mother, Princess Diana. While Archie and Lili didn’t attend any of the Jubilee events, Meghan and Harry stepped out on Thursday for Trooping the Colour and on Friday for a thanksgiving service in honor of the Queen at St. Paul’s Cathedral.

They did not attend the Platinum Party at the Palace on Saturday evening nor Sunday’s Platinum Jubilee Pageant outside Buckingham Palace. They returned to California on Sunday.