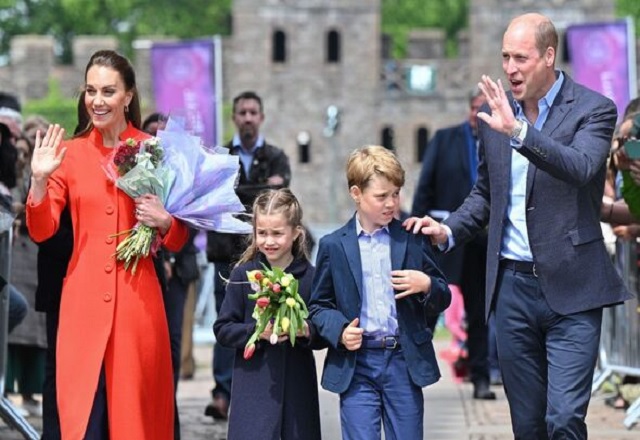 It seems like just a few weeks ago that Prince William and Kate Middleton were moving their family’s permanent residence to Adelaide Cottage on the Windsor Estate—probably because it was just a few weeks ago. And already they are reportedly being granted another property (the family’s fourth, for those of you who are keeping count).

King Charles has “earmarked” the ginormous 17th-century Frogmore House for the new Prince and Princess of Wales and their children, The Sun has reported. Frogmore House, where Prince Harry and Meghan Markle held their wedding reception, but not to be confused with Frogmore Cottage, where Harry and Meghan once lived, would be in addition to William and Kate’s new residence at Adelaide, plus Anmer Hall in Norfolk, plus their apartment in Kensington Palace in London, according to the BBC. Even if William and Kate are gifted Frogmore House, The Sun’s source reports that they may not even want it. They chose Adelaide Cottage in part because they wanted to downsize, which Frogmore House certainly is not, and with no little interfamily property drama, according to according to SheKnows. Apparently, before the Wales family moved in, Harry and Meghan (say their names three times and they appear to make you denounce colonialism) were considering it back in 2018. Plus, before his Jeffrey Epstein–related disgrace, Prince Andrew had been trying to secure Adelaide Cottage for his daughter Princess Eugenie.

Personally, I would pick just one house and let the other royals fight over the others. But I’m not Prince William and Kate Middleton and I hate moving. They can do what they like.