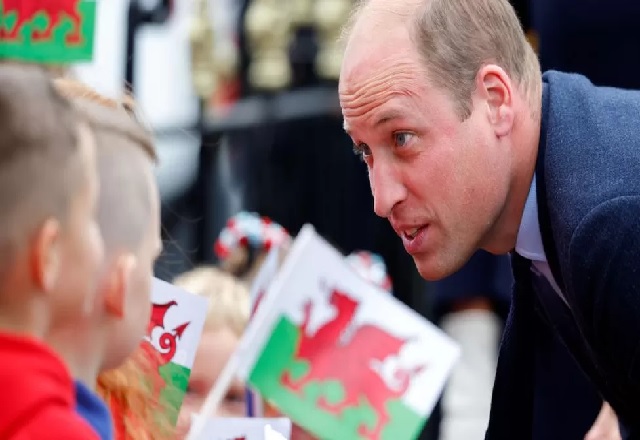 A Welsh council has voted in favour of a motion calling for the title Prince of Wales to be abolished.Elfed Wyn ap Elwyn tabled the motion at Gwynedd council describing the monarchy as “archaic oppressive tradition”.

It follows the decision by King Charles to name his son William as the new Prince of Wales.

Councillors voted by 46 to four in support of the motion, although the council does not have the authority to officially decide on the matter.

Four councillors abstained from the vote.

Speaking to BBC Radio Cymru programme ahead of Thursday’s meeting, Mr ap Elwyn said he wanted “relevant authorities to consult formally with the people of Wales on the question of whether the title should be abolished or not”.

“I firmly believe that now is the right time to discuss this issue,” said the Plaid Cymru councillor, who represents a ward in the Snowdonia town of Blaenau Ffestiniog.

“Wales today is a modern, democratic country, with a Senedd making progress, giving the people of Wales a voice and a platform to drive change and develop the nation,” he said.

“This archaic oppressive tradition is a blight on our nation and has been for centuries. It gives the impression that the people of Wales are owned by the system, rather than being free citizens living in our own country.”

Prince William and his wife Catherine were named Prince and Princess of Wales by King Charles in his first address to the public, following the death of the Queen.

The role has traditionally been handed to the heir of the monarch, since the first British heir apparent Edward of Caernarfon was given the title by Edward I in 1301.

It followed the death of the last native prince of an independent Wales, Llywelyn ap Gruffydd, at the hands of Edward’s forces following a battle in Powys in 1282.

In his motion, Mr ap Elwyn calls for the council to “express its opposition to the continuation of the title”.
He also asks the council to oppose any investiture of the prince in Gwynedd – or anywhere else in Wales.

While the King’s investiture in 1969 – in Caernarfon in Gwynedd – was watched by millions on TV, it polarised opinions in Wales and was held amid a backdrop of protests and bombings.
There has already been speculation by that a similar investiture would be “extremely unlikely” by former Senedd presiding officer Lord Elis-Thomas, while First Minister Mark Drakeford has said it would not be “right” to repeat the 1969 ceremony.

Mr ap Elwyn, speaking ahead of Thursday’s motion, added: “It makes no sense, in my view that so much public money is used to sustain the Royal family, including the Prince of Wales role, given the cost of living crisis that our people are suffering up and down the country.”