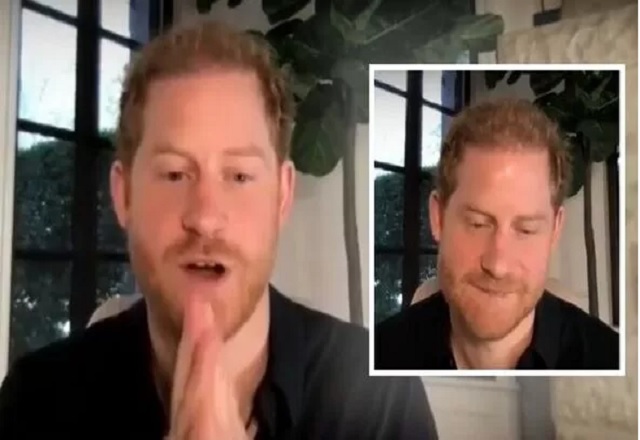 Prince Harry, 38, spoke to WellChild Award winners today via video call from his £11million home in Santa Barbara which he shares with wife Meghan Markle, 41. What was the Duke of Sussex’s body language like?

She said: “It’s hard to watch Harry here and not regret the fact that he is no longer a member of the royal Firm. He engages so well and shows empathy with the people he is talking to, as well as exposing his own emotions in a very natural way.

“He is especially good with the children, who he mirrors and mimics to create some very natural bonds with, and who he talks to directly and easily, rather than talking over them at their parents.”

How do the video-call guests communicate with the Duke? Judi explained: “There is very little in the parent’s responses to suggest they are anything but comfortable talking to Harry, rather than sounding overawed or uncomfortable. If anything they seem to be slightly more confident than Harry and almost keen to put him at ease, which is again a testament to his ability to avoid any of the distancing or sense of status that can come with being royal.

“He is often self-effacing, offering a sweet, double-handed wave of greeting and telling the first family that his real name is Henry, like their son, but he gets called Harry, adding ‘I have no idea why’.

“Harry becomes visibly emotional during these conversations, which is natural given the bravery of the children. He is clearly thinking of his own children as he speaks to them, which must make him even more moved.

“He tells one ‘You sound just like my son Archie’, suggesting his own role as a parent has been triggered, magnifying the empathy,” Judi claimed. What body language gestures does Harry perform?
Judi suggested: “At one point he performs a partial self-hug, rubbing his shoulder with one thumb in a self-comfort ritual before sucking his lips in and rubbing his nose.

“There is also a sad expression and a twisting of his mouth and a pulling up of his lower lip when the Queen is mentioned.

“Vocally he still sounds like the usual Harry although there are some words that he pronounces with a US accent.” How has Harry’s accent changed?
Judi opined: “His ‘excited’ is now ‘excided’, his ‘harder’ sounds like ‘hurder’, and finally ‘better’ comes out as ‘bedder’.”

They said: “Since moving to the US, Harry’s once traditional, royal accent has taken on a more laid back tone, which, to some, might sound like an Americanisation of his accent. “However it’s more likely due to him dropping Received Pronunciation (RP), which is often the world’s idea of the ‘perfect’ British accent, also referred to as the Queen’s English.

“What we’re seeing as Harry’s ‘new’ accent is more commonly referred to as an ‘Estuary English’ accent, a well-spoken accent typical of London and the South East of England which is less rigid in its pronunciation than RP, but is still common amongst the upper class.

“Although Estuary English shares a handful of similarities with the American accent (dropping of ‘t’s and the use of contractions like ‘gonna’), it is more likely that Harry simply speaks with an Estuary English accent naturally, and we’re noticing the difference because Harry is embracing his life outside the Royal Family.”

They added: “It’s clear that Harry is beginning to borrow a selection of popular American slang and phrases (‘pop the hood’, ‘you guys’), although it’s unsurprising considering he’s been living in the US since March 2020.”