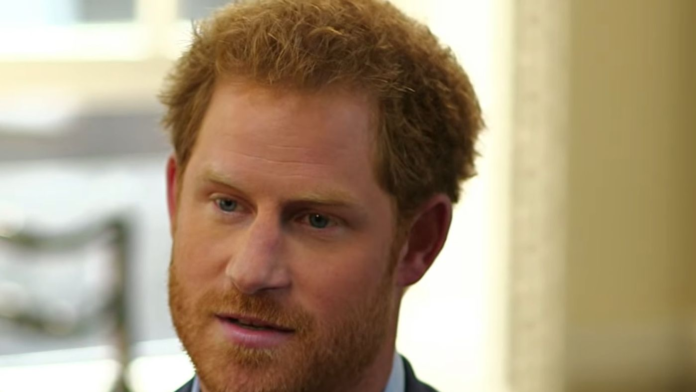 In a touching video call that was made public on Monday, Prince Harry spoke with the recipients of this year’s WellChild Awards and gave them an update on his children, Archie, 3, and Lilibet, 1. Following the passing of Queen Elizabeth, Prince Harry and his wife Meghan Markle were unable to attend the signature event for the British charity that supports chronically sick children on September 8.Henry Waines, 4, and his parents, Shevonne and Ben, were the first people the prince spoke with. He informed the youngster that they both had the same first name. “My name is Henry. Well, everyone calls me Harry. I have no idea why,” said Henry Charles Albert David, the Duke of Sussex, on a call from his Montecito house.Harry covered his face with his hands and made the joke, “Don’t tell me that,” when
Shevonne revealed that the prince served as the inspiration for the name of their son.Harry expressed regret for being unable to attend the special ceremony in Manchester, England last month where Henry received the Inspirational Child Award for children ages 4 to 6, but the young boy kindly assured him that everything would be “alright.””You sound just like my son Archie, with that little squeaky voice. I love it,” Harry said. The tiny child asked the prince how Archie and Lilibet were doing later in the conversation in an adorable way. “Archie is very, very busy. And Lili is learning to use her voice, which is great,” he added.
An honest moment with the recipients of the WellChild Awards Harry seemed thrilled to meet Isabelle Delaney’s Labradoodle, Hope, who is in training to be the teen’s assistance dog, while conversing with the WellChild Award recipient Isabelle Delaney, who was honored as the Inspirational Young Person for ages 12 to 14.”She helps Isabelle when we go to places that are loud and busy. Hope goes and helps keep her calm, keep her happy,” Heather, the mother, explained.”I tell you what, we all need a dog that keeps us calm. I’ve got three in this house now. So, we basically have five children,” said Harry, making everybody laugh.”I’ve got a black Labrador called Pula, a rescue beagle called Guy. And we got another rescue beagle called Mia,” Harry said. “And between the three of them, they charge around chasing squirrels and causing all sorts of problems to us, every single day. But they are also emotional support dogs 100% – when they’re behaving.”