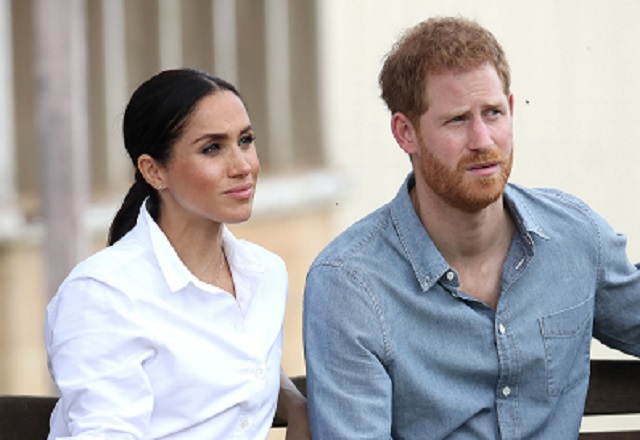 The Duke of Sussex speaks about his children in a newly released video. Prince Harry gave an update on his two kids during a virtual meeting with a four-year-old and his family. The Duke of Sussex connected with winners of this year’s WellChild Awards, including Henry Waines, 4, and his parents, Shevonne and Ben. During the video call—a clip of which was released today—Harry told the boy that they share the same first name. “My name is Henry. Well, everyone calls me Harry. I have no idea why,” the duke, whose birth name is Henry Charles Albert David, said

Shevonne told the duke that his name inspired her son’s. “Don’t tell me that!” Harry said, jokingly covering his face with his hands. The WellChild Awards—which celebrate the inspirational qualities of the U.K.’s seriously ill children and those who help make a difference in their lives—were held in Manchester, England, last month, but Harry and wife Duchess Meghan could not attend as they were taking part in the ceremonies honoring Queen Elizabeth II following her death.

Last week, WellChild Patron, Prince Harry, The Duke of Sussex met inspirational WellChild Award winners like Henry. The #WellChildAwards, in association with @GSK, celebrate inspirational children & those who go the extra mile to support them.


At the event, Henry received the Inspirational Child Award for ages four to six. During their recent call, Harry apologized that he wasn’t able to be there to watch Henry accept his prize, but the boy assured the duke that it was “all right.” “You sound just like my son, Archie, with that little squeaky voice. I love it,” Harry told him. Henry then asked Harry how his kids, son Archie, 3, and daughter Lilibet, 1, are doing. “Archie is very, very busy. And Lili is learning to use her voice, which is great,” Harry replied. Meghan and Harry married in May 2018 and welcomed Archie in May 2019. Lilibet—named after Queen Elizabeth II—was born in June 2021.