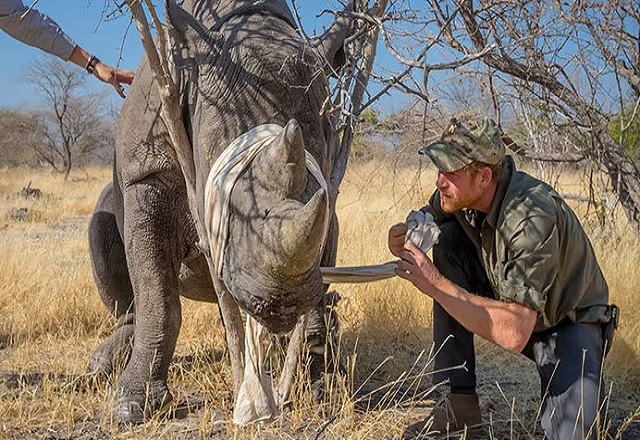 Prince Harry visited to the Rhino Conservative Botswana in 2015. Prince Harry was dragged by a rhinoceros in 2015 during the royal trip to Africa. When the animal that was not administered enough tranquillizer was attempted to bring under control, it charged and dragged Harry for up to 20 meters. Katie Nicholl’s new book, Harry: Life, Loss, and Love, includes conservationist Map Ives’ quotes, stating: “While [the rhino] was drugged and sleepy, it had sufficient strength to get to its feet and stagger forward.

“The rhino dragged Harry and the men around for a bit, and it was hairy because it’s a dangerous animal to work with. There were six guys on the ropes, and they all got dragged a good 20 metres before they managed to stop the rope. “I told Harry and the boys to get the dust out [of] their noses and get on with it. My chaps end up on their faces at least once a day. It was bloody funny, actually.” The conservationist expressed that the prince had a “hell of a sense of humour”