The Duke and Duchess of Sussex flew out of London with their two children, Archie, three, and Lilibet, one, early on Sunday, and were pictured as they arrived via private jet to Santa Barbara, Montecito.According to The Sun, the family-of-four were driven from their Frogmore Cottage residence to the airport and took off in the afternoon, in the midst of the Platinum Jubilee Pageant.

Not only did they miss the Pageant festivities, but they also were not part of the Queen’s final surprise appearance on the balcony of Buckingham Palace.The monarch was joined by Prince Charles, the Duke and Duchess of Cambridge, and their children for one final showing, expressing her gratitude for the celebrations. 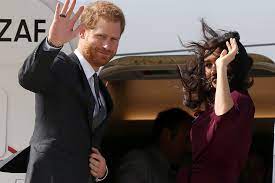 While they have been in the UK, Harry and Meghan had double the reason to celebrate as they marked their daughter Lilibet’s first birthday on Saturday.The royal family all marked Lilibet’s birthday on social media with public messages. Grandparents Prince Charles and Duchess Camilla wrote: “Wishing Lilibet a very happy 1st birthday today!” with a birthday cake emoji. 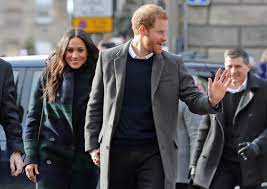 Uncle and aunt William and Kate also wrote a heartfelt message to their niece and penned: “Wishing a very happy birthday to Lilibet, turning one today!” alongside a balloon emoji.queen-final-appearance
The pair were absent for the Queen’s final appearance on the balcony

It is thought that Harry and Meghan spent their daughter’s birthday privately as a family. The lowkey celebrations come after Lili was introduced to the Queen for the first time in the midst of the festivities.