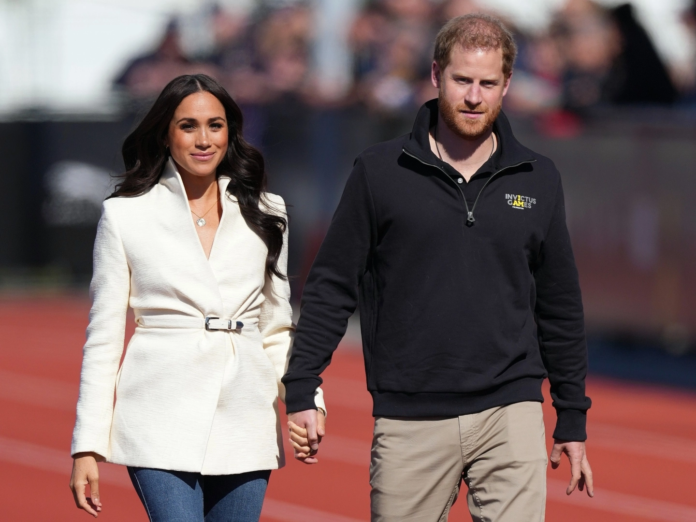 People willing to pay up to $1 million to sit with Meghan and Harry at RFK Foundation Gala?

The couple would receive the Ripple of Hope Award which is given to exemplary leaders” and has previously gone to US president Joe Biden and former presidents Barack Obama and Bill Clinton.

Kerry Kennedy, the President of Robert F.Kennedy foundation, said the Duke and Duchess of Sussex were chosen for the award for challenging the “royal family’s power structure.”

A pro-monarchy expert claimed that not many tickets are being bought for the Robert Kennedy awards.

The Independent reported that the royal couple is expected to attend the event and spots at their table are reportedly going up to $1 million.

A statement issued by the organization said, “We hope you’ll join us for this year’s Ripple of Hope Award Gala in New York City on Tuesday, December 6, to honor Frank Baker, Co-Founder and Managing Partner of Siris; Brian Moynihan, Chair of the Board and Chief Executive Officer of Bank of America; Michael Polsky, Founder and CEO of Invenergy; Prince Harry and Meghan, The Duke and Duchess of Sussex; and President of Ukraine Volodymyr Zelensky. The ceremony will also recognize NBA legend and civil rights icon Bill Russell (1934 – 2022) with a posthumous award, and will feature emcee Alec Baldwin.”