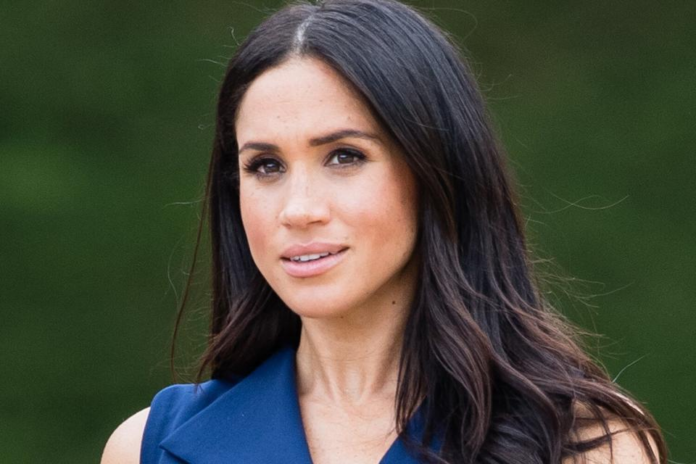 Meghan Markle is sharing the message she received from a “very, very influential and inspiring woman” ahead of her royal wedding to Prince Harry. On a new episode of her Archetypes podcast, released via Spotify on Tuesday, the Duchess of Sussex welcomed Jameela Jamil, Shohreh Aghdashloo and Ilana Glazer to talk about why activism from women often draws criticism. To close out the episode, Meghan recalled a piece of advice she received “just a few days” before her May 2018 nuptials from “a very, very influential and inspiring woman, who for her own privacy I won’t share who it was with you.” “She said to me, I know that your life is changing, but please don’t give up your activism. Don’t give up because it means so much to women and girls,” Meghan, 41, said. “And I kept doing the work for women and girls because it matters, yes. But also because she encouraged me to do so,” she said. “And the collective voice of all of us telling each other that matters is perhaps the point. There’s safety in numbers. But there’s also strength in numbers.” Meghan’s fight for women started at a young age, notably when she called out a Procter & Gamble commercial that advertised its Ivory dishwashing soap solely to women. “I don’t think it’s right for kids to grow up thinking these things, that just mom does everything,” the then 11-year-old Meghan said during an interview with Nick News.
Just a few months ahead of her wedding to Prince Harry, she used her platform to encourage people to listen to women at an event alongside Prince William and Kate Middleton. “I hear a lot of people speaking about girls’ empowerment and women’s empowerment — you will hear people saying they are helping women find their voices,” she said in 2018 at the first annual Royal Foundation Forum. “I fundamentally disagree with that because women don’t need to find their voices, they need to be empowered to use it and people need to be urged to listen.” Supporting women remained a key cause in Meghan’s charity work after becoming a member of the British royal family, including becoming a patron of Smart Works, an organization that helps unemployed and vulnerable women regain the confidence they need to succeed at job interviews and return to work.After Meghan and Prince Harry stepped back as senior members of the royal family and relocated to her home state of California in 2020, the Duchess of Sussex has continued to advocate for women, from wearing a shirt with the words “Women, Life, Freedom” written in Farsi to call attention to the ongoing protests in Iran at the Women@Spotify event in October to a teenage girl with a virtual mentoring session in March 2021.