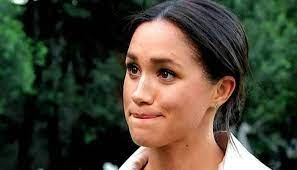 The Duchess of Sussex has spoken about her attempts to “forgive” her royal in-laws.It takes “a lot for energy not to forgive”, Meghan Markle told a US fashion and celebrity website.She also said that Harry had “lost” his father Prince Charles, over the tabloid coverage of the Royal Family.The Duchess, who has just launched her podcast Archetypes as part of her multi-million dollar deal with Spotify, was speaking about the way in which her relationship with her own father had broken down over his behaviour with the tabloids before and after her wedding to Prince Harry in 2018.Meghan was referring to a toxic tabloid culture and spoke of how Harry had said to her: “I lost my dad in this process”.She said: “It doesn’t have to be the same for them as it was for me, but that’s his decision.” After the acrimonious split from the Royal Family and the move out to the USA, Meghan told The Cut: “I think forgiveness is really important. It takes a lot more energy to not forgive”.But, she added: “It takes a lot of effort to forgive. I’ve really made an active effort, especially knowing that I can say anything,” On the school-run to pick up Archie from his pre-school, Meghan revealed one of the benefits of not being a working Royal when it comes to childcare.She told the thecut.com she’d have to endure a press pen of 40 photographers on a school pick up
She said: “Sorry, I have a problem with that. That doesn’t make me obsessed with privacy. That makes me a strong and good parent protecting my child”. However, children of senior royals are usually protected from press intrusion and William and Kate were able to drop off and collect Prince George and Princess Charlotte from their school in Battersea without any photographers present.The one exception is the first day at school, for which there is usually a very small group of cameras – as few as two or three – who agree to share the images with all other publications and broadcasters.Meghan also spoke about how she and Harry tried to come up with solutions for leaving the UK and becoming self-financing whilst remaining in the Royal Family.The Duchess said they were willing to go anywhere in the Commonwealth like Canada, New Zealand or South Africa because, “then maybe all the noise would stop”. “Anything to just … because just by existing, we were upsetting the dynamic of the hierarchy. So we go, ‘Okay, fine, let’s get out of here. Happy to’,” Meghan said.She once again made the claim that other members of the Royal Family “do that exact thing” but Harry and Meghan were not allowed.“That, for whatever reason, is not something that we were allowed to do, even though several other members of the family do that exact thing.”Speaking of her new podcast, which is her biggest solo project since moving to California, Meghan said: “It’s so real… I feel different. I feel clearer. It’s like I’m finding — not finding my voice. I’ve had my voice for a long time, but being able to use it.”She would not elaborate on the couple’s first significant project for Netflix which is rumoured to be an ‘At Home With The Sussexes’-style series.