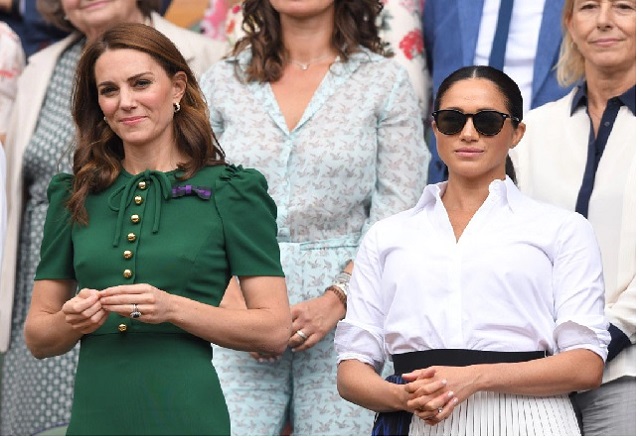 In an effort to get the Palace to issue a statement regarding her feud with Princess Kate,Meghan Markle “grew obsessed.”

The Duchess of Sussex, however, shot back at the narrative during her infamous Oprah interview, asserting that it was actually Kate who had made her weep.

According to an excerpt from Valentine Low’s book “Courtiers: The Hidden Power Behind The Crown,” Meghan was “obsessed” with wanting the truth to come out about what happened.

The Duchess of Sussex was allegedly anxious for the palace to “put something out” rejecting the report.

The excerpt, which was published by Mail Online, says: “The truth is that, after the dress fitting, Meghan had become obsessed with trying to persuade the palace press office to put something out denying the story.”

“However, they (the Palace) were equally adamant that it would be a serious mistake to start briefing about personal stories relating to differences between members of the Royal Family.”

The author then claims that the Palace wanted to avoid commenting on “personal tittle-tattle”.

“Not only did they not want to brief against other royals, but they feared it would create a precedent, making it harder in future for them to avoid commenting on personal tittle-tattle,” the extract continues.

“It would also fan the flames of the story, ensuring it continued to fill the pages of the newspapers for several days to come. This became a major point of contention between Meghan and her media advisers.”

“On Oprah, Meghan went further than denying the Kate-in-tears story, however. Instead, she said, the reverse had happened.”