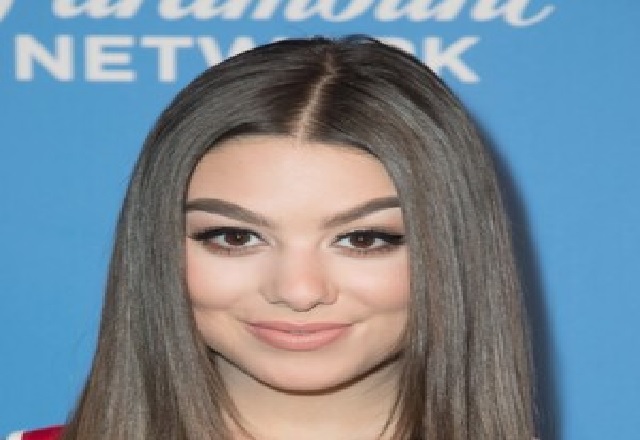 Kira Kosarin is an American actress and singer who has a net worth of $4 million. Kosarin is best known for starring as Phoebe Thunderman on Nickelodeon’s The Thundermans” (2013–2018). Kira has more than 30 acting credits to her name, including the film “Supercool” (2021), the TV movie “One Crazy Cruise” (2015), and the television series “Light as a Feather” (2019). She released the album “Off Brand” in 2019 and the EP “Songbird” in 2020, and she signed a record deal with Republic Records in March 2022. Kosarin has released several singles, such as “Spy,” “Vinyl,” “Love Me Like You Hate Me,” and “Mood Ring,” and she posts her music videos on her YouTube channel, which has more than 463,000 subscribers. Kira is also very popular on Instagram, where she has over 6 million followers.

Kira Kosarin was born Kira Nicole Kosarin on October 7, 1997, in Morristown, New Jersey. Her parents, Lauren and Danny, were Broadway performers; Lauren was an actress, and Danny was a conductor and music director as well as a record producer. Both Lauren and Danny are of Ashkenazi Jewish descent. Kira began singing, dancing, and acting at a young age, and she took ballet lessons at Boca Ballet Theatre. She also participated in gymnastics during her youth. Kosarin attended Pine Crest School, a private preparatory school in Florida. After she attended an “acting on camera” workshop,” Kira moved to Los Angeles to pursue an acting career in 2011.

In 2011, Kosarin appeared in the short films “Last Day of School,” “Wiz’s World,” “Scary Girl,” and “Hollywood Halloween,” followed by “The Lil’ Dictator Part 1 – Randomness,” “The Lil’ Dictator Part II: Randomness,” “Wordplay,” and “Scared Sweet” in 2012. That year she also guest-starred on the Disney Channel’s “Shake It Up.” From 2013 to 2018, Kira played Phoebe Thunderman on “The Thundermans,” which aired 98 episodes over four seasons and won a Kids’ Choice Award for Favorite TV Show in 2016. She reprised her role in a 2014 episode of “The Haunted Hathaways” and a 2016 episode of “Henry Danger.” Kosarin guest-starred in two episodes of “Astrid Clover” from 2014 to 2015, and in 2015, she played Ellie Bauer in the Nickelodeon movie “One Crazy Cruise” and appeared in “Nickelodeon’s Ho Ho Holiday.”

Kira began a relationship with fellow actor Chase Austin in the summer of 2014. In December 2015, she confirmed that they had split up, writing on Instagram, “He’s still a wonderful human being whom I love with all my heart, it was just time for us to accept that things change, people change, and sometimes the best thing is for people to take on the world in a different way. We’re still friends and nobody did anything wrong, and that’s okay.” Kosarin is a supporter of the nonprofit organization Camp Del Corazon, which “provides year-round experiential opportunities for children faced with the challenges of growing up and living with heart disease.”

Kosarin earned four Kids’ Choice Award nominations for “The Thundermans.” She received Favorite TV Actress nominations in 2015, 2016, and 2018 and a Favorite Female TV Star nomination in 2017.