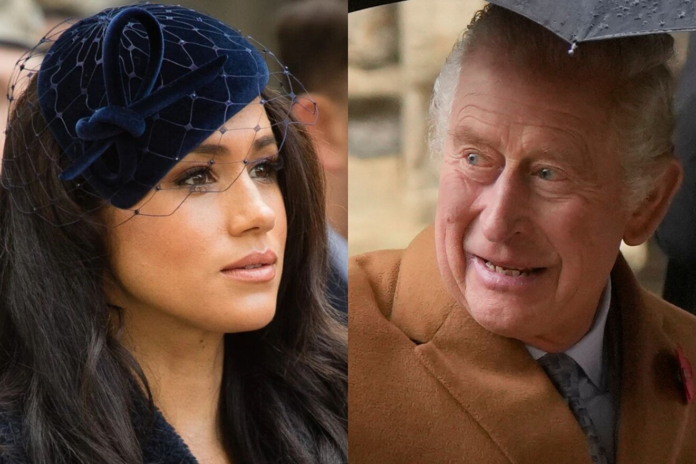 A new book asserts that when King Charles first met his future daughter-in-law Meghan Markle, he was unaware that she was mixed.Markle’s initial encounter with the royal family is described in author Christopher Andersen’s book “The King: The Life of Charles III.” In 2016, following Harry’s vacation to Botswana, Charles and Camilla were first introduced to Markle. According to reports, Charles noted that the former “Suits” star reminded him of Pippa Middleton.”At the time, Prince Charles had no idea that Harry’s new girlfriend was biracial,” Andersen writes.”Not that it would have mattered at all, of course,” Charles allegedly said to a friend. “But no, I didn’t realize that until later.” Andersen also claims that the King thought Markle was “absolutely delightful” and “completely charming.”The publication of the book, which alleges a history of racism within the royal family, follows Markle and Harry’s own allegations of racism against members of their own family.Is there a history of racism amongst the Royal Family?
Despite the fact that her late husband Prince Philip had used the N-word fifty years earlier, the author asserts that the late Queen Elizabeth was not racist. “For her part, the Queen, who experienced countless up-close-and-personal encounters with people of all races, ethnicities, and religions during her record-breaking reign, appeared utterly devoid of prejudice,” says the book.”Not once had she ever been heard to make a racially insensitive comment,” notes the author.”The same could not be said for Charles, although his gaffes were rare – like the time he told a writer of Guyanese descent that she didn’t ‘look like’ she was born in the British city of Manchester, presumably because she was black and wore dreadlocks,” Andersen said.Markle was raised by an African-American mother and a Caucasian father. She was born in Los Angeles.The Duke and Duchess of Sussex revealed in a shocking Oprah Winfrey interview last year that a royal family member was worried about how black their son Archie’s complexion might be.