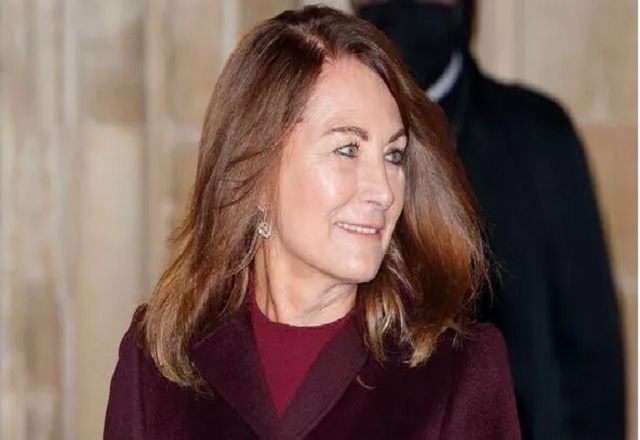 Carole Middleton has revealed how she plans to celebrate Halloween this year. Prince George, Princess Charlotte and Prince Louis could be in for some fun as Kate’s mother revealed she has grown her own pumpkins this year to decorate with loved ones.

Carole made the comments in a post on the Instagram page for her family business Party Pieces.

The 67-year-old also opened up on dressing up and going trick-or-treating when she was younger.

Carole said: “Halloween is an Autumn highlight for me.

“I can still remember the fun and frights from my own childhood; the chance to dress up, decorate pumpkins and go trick-or-treating! “I’ve even grown my own pumpkins this year, so I’m looking forward to decorating those with my loved ones.”

Carole is likely to decorate the pumpkins with her grandchildren including George, nine, Charlotte, seven, and Louis, four,

She is also a grandma to her other daughter Pippa’s children Arthur, three, Grace, one, and baby Rose, who may also get involved in the fun.


Carole lives in the Berkshire village of Bucklebury with her husband Michael Middleton.

The Middletons are not far from Kate and Prince William, who moved to Adelaide Cottage in Windsor over the summer.

Meanwhile, Pippa and her husband James Matthews reportedly bought a home in Berkshire earlier this year just 20 minutes from Carole and Michael.

A friend told the Daily Mail in July: “Pippa and her family are thrilled.

“It’s a very exciting time in their lives. “They are looking forward to living closer to her parents.”

The Middletons are known to be a close-knit family.