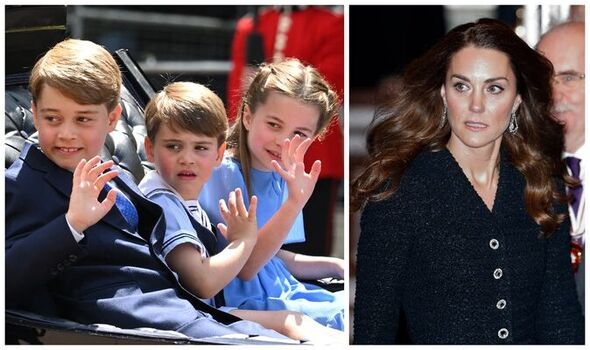 Prince William and his wife Kate Middleton have one very strict rule in their household that the children, Prince George, Princess Charlotte and Prince Louis, must all follow. The family are often spotted out together either on the school run or having fun at the weekends, but there is discipline when they are at home.An insider has told The Sun that the major rule is that there can be no shouting in the house at all.”Shouting is absolutely ‘off limits’ for the children and any hint of shouting at each other is dealt with by removal,” the source said. The discipline technique is not as cliche as being sent to their room or having to sit on a naughty step, though. Middleton likes to chat to the child in question on the sofa about why they are shouting.”The naughty child is taken away from the scene of the row or disruption and talked to calmly by either Kate or William,” the source added.”Things are explained and consequences outlined and they never shout at them.”
How Prince William and Kate Middleton raise their children. Prince William and Kate Middleton have increased royal duties to keep up whilst they raise the three children so the Prince and Princess of Wales must have these kinds of rules in place for the kids. Of course, they do have the help of a nanny and many other staff.The three children are growing up very fast as George is now nine, Charlotte is seven and Louis is four years old and started school in September.Middleton reminisced earlier this week about when the children were just small babies.”I keep thinking Louis is a baby but he’s a big boy now, it just feels like yesterday,” she stated.