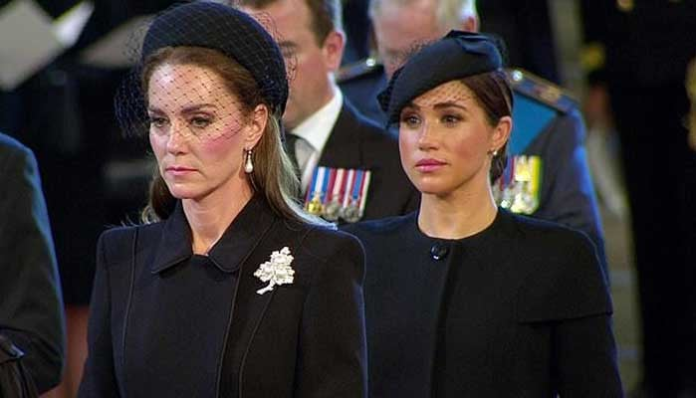 Meghan Markle has reportedly made a big plan to win Americans and beat Kate in popularity ahead of the Princess of Wales’ visit to Boston next month, a source has claimed.The Princess of Wales, who’s loved as superstar in the UK, is also more than twice as popular as the Duchess of Sussex in the United States.Meghan allegedly began to prepare plan to impress the Americans after a recent survey revealing that Kate emerged more popular than Meghan, the source added. Now, the Duchess has also been named for a prestigious human rights gong, the Ripple of Hope Award in the US, and the ceremony will take place just week after Prince William and Kate Middleton plan to make their first trip to the USA since 2014 for this year’s Earthshot Prize award event in Boston.Professor David Nasaw, author of Pulitzer Prize-nominated book The Patriarch about President Kennedy’s father, described Harry and Meghan’s nomination as “sublimely ridiculous and blatantly ludicrous. It’s absurd.” Some royal experts believe that Kate has a real ability to connect with Americans as she has been more popular than California-based Meghan without ever setting foot there.According to a majority of American, Prince William’s wife Kate embodies everything they expect in a princess destined to become Queen — beauty, grace, regal bearing and the ability to connect with the people.