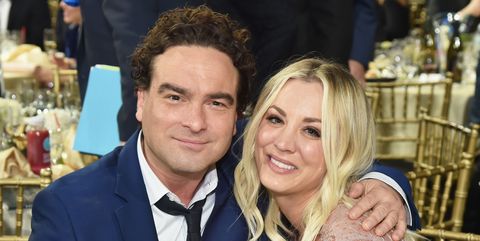 “And at a certain point it felt like we were living this lie because we were going to award shows and functions and pretending like we’re not a couple, when in fact we were a very loving couple.”

Despite their split in 2010, they continued to be friends and remain close. Cuoco said: “I think a lot of what made Leonard and Penny work so well was my relationship with Johnny off camera, which turned into such sarcastic banter that bled into Penny and Leonard.

“Johnny and I’s relationship, in a way, was mimicking Penny and Leonard. They were always giving each other shit, and Johnny and I have a similar relationship – which you do after years of being together. “We’ve always had each other’s backs, and you can’t lose that. And I do think it happened on-screen. It made our relationship funny and endearing.”