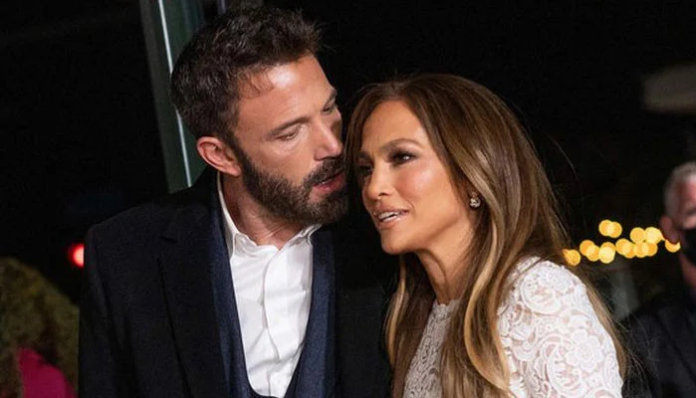 Jennifer Lopez has reportedly still not forgiven her husband Ben Affleck for his past bad boy behaviour despite tying the knot with him.The Marry Me actor is said to be making the Batman vs Superman star pay the penalty for his strip club romp which caused a rift between the lovebirds back in 2000s.An insider spilled to Radar Online, “She hasn’t forgotten or completely forgiven him so this is her way of reminding him there is a cost to his behavior.” “He’s like her personal bank account,” the source revealed. “He pays for their private jet flights, their vacations, hotels, lavish gifts from clothing to jewelry, and fine dining whenever they go out.”JLo has a whooping fortune of $400 million, however, the actor-singer reportedly does not spend a penny whenever she goes somewhere with Affleck, who is worth only $150 million. “The limos are all on his tab, too, and he’s always buying her things. It’s pretty ironic since he’s not worth nearly what she is — but he knows he’s paying off an emotional, as well as financial, debt.”Lopez had a vicious fight with Affleck just days before their wedding was scheduled in 2003 after the Gone Girl actor was captured at a wild night out at a Vancouver strip club. The insider alleged that Lopez told Affleck at the time that his behaviour put her through hell while suggesting that the incident caused the pair to call off their nuptials.Now, even after two decades, the source spilled that Lopez has no plans of letting her anger go so Affleck would never think about doing something of that sort again.