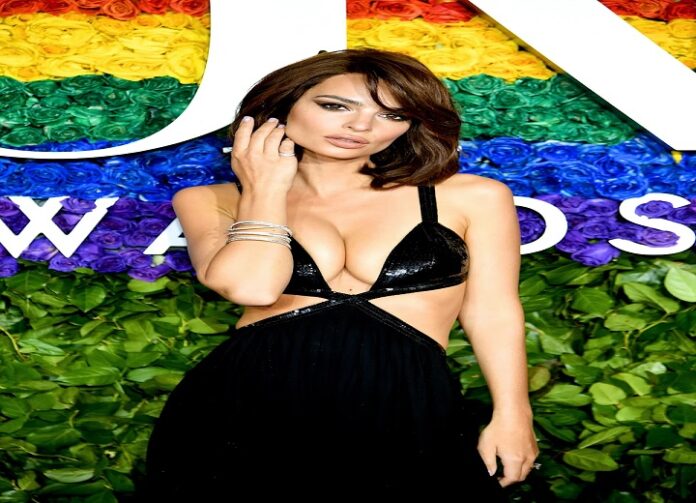 Emily Ratajkowski has put her cleavage on display. The supermodel and entrepreneur might come with a reputation for going topless on Instagram, but it looks like EmRata can more than flaunt her assets without ditching the clothing. Emily wrapped up the weekend by posting a photo of herself lying back on white bedsheets. The 28-year-old had been photographed relatively close up and with a camera that seemed angled towards showcasing her cleavage in a pretty maximizing way. EmRata was rocking a white lacy bra with a neckline was all kinds of dangerous. Emily’s post took less than two hours to rake in the celebrity likes. Likes were left by model Kaia Gerber, Vanessa Hudgens, Gabrielle Union, Karrueche Tran, plus 18-year-old singer Billie Eilish. Oh, and over 1.2 million fans.

“Yep. Need that bra” was one response.

“Marry me” came from an extra-keen fan.

Emily’s social media updates have been making headlines of late. Just recently, the Inamorata founder showcased her rock-hard abs in a post-Christmas snap that likely made anyone feeling the holiday weight gain want to slap themselves. She’s beautiful, she’s rich, and she’s got a body to die for. Nonetheless, EmRata has revealed that even she has days when the confidence isn’t all that high.

“I have days when I literally cannot look in the mirror because I am sick of myself. I don’t like how I look or I want to change certain things about myself. We are stuck inside one body, we can’t see ourselves and we have no perspective on it,” she told Glamour last year.