Ah, the Platinum Jubilee! There were iconic temper tantrums, cute sibling moments, and coat dresses galore. But fans surprisingly didn’t see too much of Prince Harry and Meghan Markle—not to mention their adorable bbs, Archie and Lilibet.

And now we know why! According to People, the duke and duchess’s more understated visit to the celebration was completely intentional. After all, the Sussexes aren’t working royals anymore, and therefore, they now have a distinction separate from future king and queen Prince William and Kate Middleton. 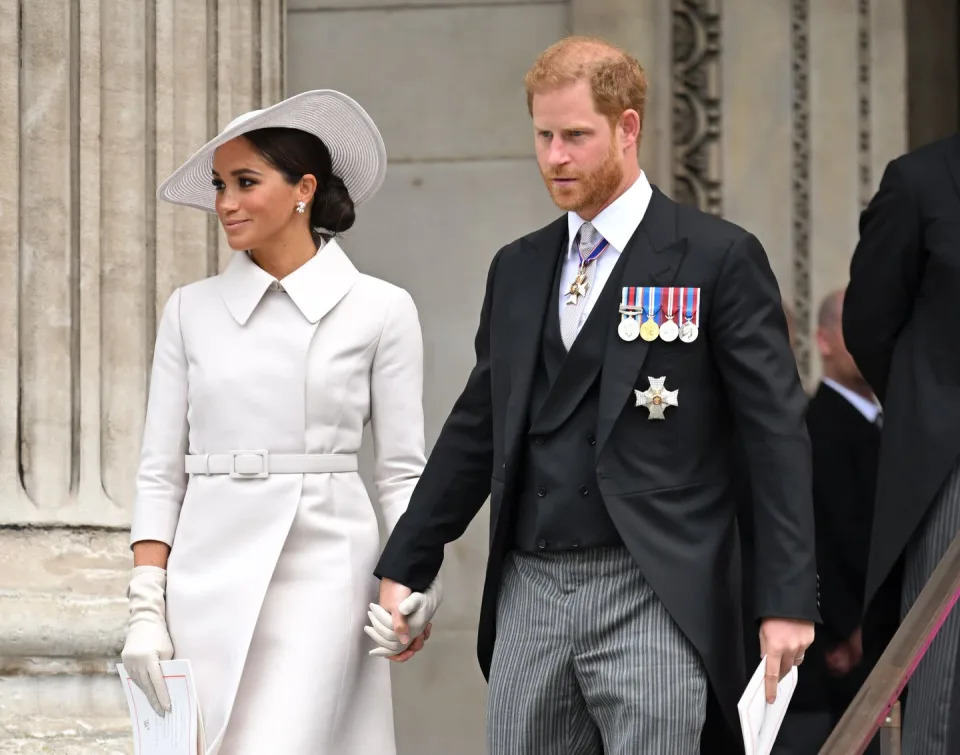 “They aren’t part of the [working] royal family anymore, and that’s a decision they have taken—but maybe [the public] hasn’t quite accepted that yet,” an insider told People. “Yes, they were low-key. They paid their respects and went home.” Case in point? Harry and Meghan were spotted watching Trooping the Colour with extended members of the royal family from the Major General’s Office, which overlooks the Horse Guards Parade. Meanwhile, the Cambridges and Prince Charles were part of the carriage procession IRL during the parade. The Sussexes also didn’t make an appearance on the balcony of Buckingham Palace, aka where Prince Louis truly stole the show with his general ~vibe~.

That’s not to say they didn’t take advantage of the trip to spend some quality time with Queen Elizabeth II though. In fact, they got to introduce the reigning monarch to Lilibet for the first time…*and* on her 1st birthday week, no less—a truly special treat given that she’s named after the Queen’s childhood nickname. “They were really here to see the Queen, and they did,” the source confirmed.

The Sun reported that Harry and Meghan had an “informal garden party” at Frogmore Cottage—their UK home—for Saturday’s birthday festivities, complete with “picnic-style snacks” and party games. 🥺❤️ Although Prince William and Kate Middleton didn’t attend due to prior commitments (nothing personal, DW!), the Queen was in attendance, as were Zara and Mike Tindall and Archie’s godfather Charlie Van Straubenzee. The trip also marked Lilibet’s first time in the UK, so although it wasn’t as splashy as visits in the past, it certainly was sentimental!