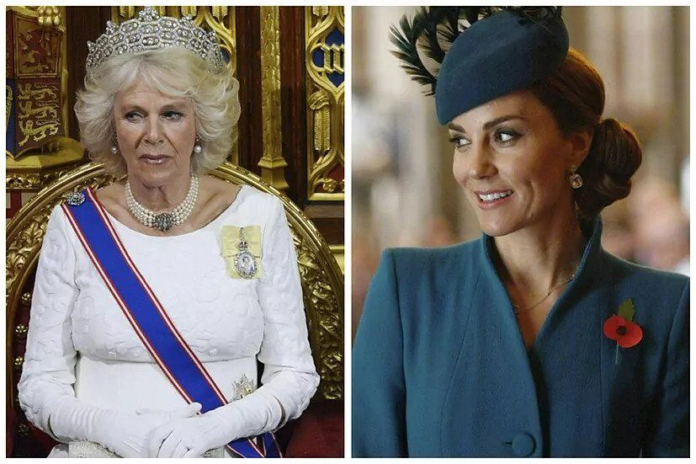 Kate Middleton, the wife of Prince William, is alleged to have grown irritated with Queen Consort Camilla.Sources close to the family have claimed that Kate believes Camilla’s attitude has changed for the worse since the death of Queen Elizabeth.They even went as far as saying that the pair had a heated argument at Buckingham Palace in which Kate laid out exactly what she felt about Camilla to her face. “Ever since the Queen died, Camilla has been throwing her weight around showing everyone who’s boss,” the source claimed about what caused their latest family rift,” an inside source told Radar Online.”Kate is becoming increasingly irritated with her,” added the source. “She thinks Camilla doesn’t take her royal duties seriously and that she doesn’t deserve the role. Things have been very awkward.”Second source adds to claims of a rift A second source also gave some insight into their relationship.”Yes, Camilla has been anointed and appointed by Charles and was blessed by Her Majesty prior to her passing,” added the second insider. However, the second source added that this “doesn’t mean Kate has to like or respect her, especially given Camilla’s history.” The history referred to above is the relationship that King Charles and Camilla had whilst the former was still with Princess Diana.”She [Camilla] has this superior attitude where everyone has to bow down to her,” the second insider added. This is something that the newly proclaimed Princess of Wales is not best pleased with.”Kate has gone above and beyond the call of duty to adhere to all of the values required of working royals, but Camilla ultimately latched onto Charles’ coattails.”