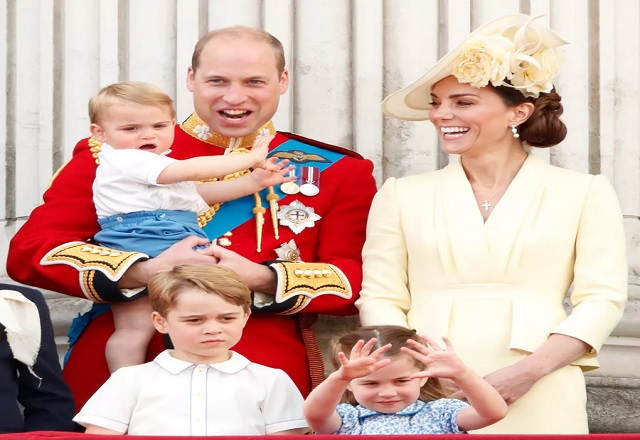 Prince William and Kate Middleton have three children: Prince George, Princess Charlotte and Prince Louis.
Prince William and Kate Middleton might be royalty, but they want their children to have as normal of an upbringing as possible. The Duke and Duchess of Cambridge became parents for the first time when they welcomed their son Prince George, 9, in 2013. Just a few years later, they announced the arrival of their daughter Princess Charlotte, 7, and completed their family with the birth of Prince Louis, 4, in 2018. While the youngest members of the royal family have already taken on duties in the public eye, William and Kate are working hard to keep most of their lives outside the spotlight. Instead, they’re focusing on instilling important values in their children and raising them to be well-rounded community members.

“My parents taught me about the importance of qualities like kindness, respect, and honesty, and I realize how central values like these have been to me throughout my life. That is why William and I want to teach our little children … just how important these things are as they grow up. In my view it is just as important as excelling at maths or sport,” Kate once shared. In August 2022, Kensington Palace announced that Prince George, Princess Charlotte and Prince Louis would attend Lambrook School in Winkfield Row, Berkshire. The co-educational boarding school is located just outside of Windsor, where the family is said to be relocating. The move from London will help Prince George prepare for the next stage of his schooling and allow the family to enjoy the kind of countryside life they prefer. “They are such an outdoorsy family, London just wasn’t working for them anymore,” a source who told PEOPLE. “The countryside is definitely their happy place.

” On Sept. 7, 2022, William and Kate took Prince George, Princess Charlotte and Prince Louis to “preview day” for new students at Lambrook School. The royal trio sported their school uniforms — the boys in navy shorts and white button-down shirts, while Charlotte wore a purple dress. The children’s enrollment marked the first time all three young royals attended the same school. Lambrook is technically a boarding school, but George, Charlotte and Louis are day students. In October 2022, Middleton visited the maternity unit of the Royal Surrey County Hospital and spoke about the pressure she and William felt in choosing names for their three children. “She just really talked about her own children including how they chose their names,” said Amy Stubbs, who showed Middleton around the hospital. “A lot of the new mums and dads are thinking about how to choose names for their babies, and they spoke with her about how Kate and William made their choice.” “She said they were their favorite names and that obviously the world was waiting for them to name their children — and that felt like quite a big pressure!” Stubbs added. Here’s everything you need to know about Prince William and Kate Middleton’s children.