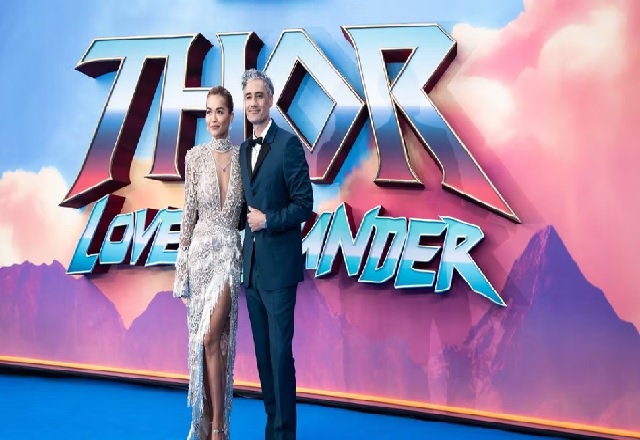 Rita Ora and Taika Waititi are one of the newest couples in Hollywood to make headlines for their intimate relationship, and here are some little-known facts about their romance that began in 2021.

Singer Rita Ora and Taika Waititi have had a fairytale romance since first dating in early 2021, and the couple took their time before sharing it with the world. Ora has had several high-profile relationships over the last few years, and she dated movie director Gavras in 2020 until the first few weeks of January 2021. Due to time commitments, the couple split, and Rita began seeing Waititi. Taika Waititi was married to director Chelsea Winstanley for eight years before they parted ways in 2018.

Friends for a long time, Rita Ora and Taika Waititi, maintained utmost privacy and only shared the news with close ones. Even after making their relationship public and appearing at various award shows and fashion galas, the couple ensures to respect each other’s space and often avoid talking about their love with media outlets. Even after tying the knot, they have been tight-lipped about confirming the news. Let’s take a look at some little-known facts about their relationship

In April 2021, Rita Ora uploaded a series of photos on Instagram, including one where she hugged Waititi, creating curiosity about their relationship. While they were romantically linked for a few months, Rita revealed in a Valentine’s Day 2022 caption that they had been friends for more than four years. She shared multiple photos of them at various events.

8/9
They Were Rumored To Be Dating Tessa Thompson

After Ora’s Instagram post, there was news about their new relationship status, but they kept things private. A month later, the couple was spotted enjoying some drinks in Sydney on a terrace with Thor: Love And Thunder star Tessa Thompson. Through the leaked pictures, the trio was sharing a three-way kiss. Waititi was later asked about the photos but said things on the internet disappear quickly.

After many months of rumors and news, Ora and Waititi made their relationship official by appearing together on the red carpet for The Suicide Squad in August of the same year. Waititi portrayed a supporting role of Ratcatcher in the film. Ora made headlines for wearing a stunning white Azzi & Osta cutout blazer.

While appearing in Jaime Winstone’s podcast in September 2022, Rita Ora complemented Taika Waititi for his humor and loving persona. She compared their relationship to that of her parents, who have been happily married for more than 30 years, as noted by Yahoo. Additionally, she admitted that she had always been a believer in love stories and her relationship felt like a fairytale.

5/9
They Surprise Each Other With Celebrations

Taika Waititi had a grand celebration for his 46th birthday in a star-studded bash hosted by Rita Ora, who shared the snaps on Instagram. The intimate party had a mariachi band, sushi dinner, and sake. It was reportedly held in Ora’s backyard and had numerous A-list guests, including Ashley Benson, Jodie Turner-Smith, Rami Malek, Paris Jackson, and Kristen Stewart. The celebrations also included balloons with Taika’s face on them.

4/9
They Support Each Other At Award Shows And premieres

Supporting each other at various events, Taika Waititi and Rita Ora have always held a strong front while attending any award show or celebration. They attended the 2021 Met Gala together and posed for hilarious shots with Jimmy Fallon. Additionally, they have attended the Thor: Love And Thunder UK Premiere, Vanity Fair Oscars After Party, and the 2021 MTV EMAs together.

Privacy has always been important to Taika Waititi, and he has quickly stopped any queries about his relationship with Rita Ora. While promoting Lightyear in the summer of 2022, he was asked about his marriage to the songstress on This Morning. He dodged the question before pulling out his earpiece, and it led to an awkward end to an interview on live television.

2/9
They Got Married In A Private Ceremony

Rita Ora and Taika Waititi were spotted wearing matching gold wedding bands a few days before the news was confirmed from a source that the couple tied the knot in London. The ceremony was kept intimate with only selective close people invited. While the celebrations were kept recluse, it was reported that they had plans to throw a bigger celebration later.

Just as their ceremony remained private, so did the information that Rita Ora had changed her surname soon after the wedding in London. While the couple never publicly announced their marriage, insiders have detailed that Waititi often called her wifey. After their intimate wedding, she changed her last name to Ora-Waititi.

Rita Ora and Taika Waititi’s romance has been growing strong for over a year now, and with reports of their marriage, the couple wasted no time tying the knot in 2022. As the families have come together, Ora often goes out with Waititi and his daughters.